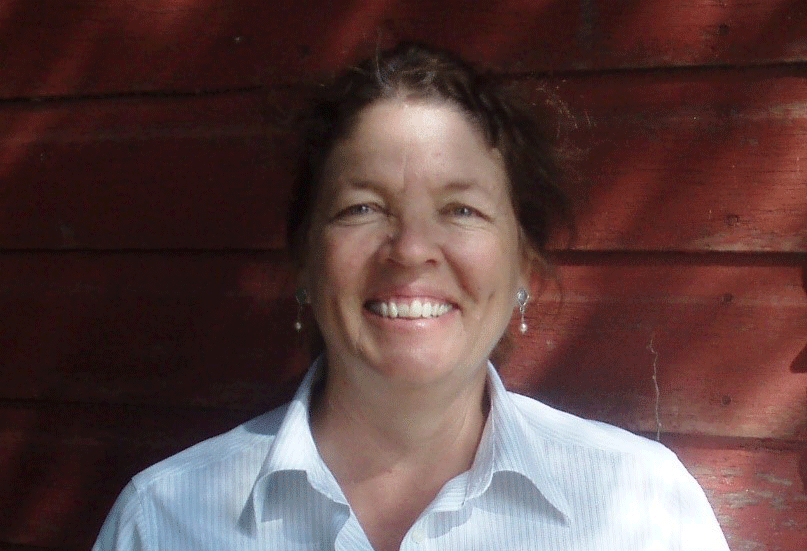 Author: Lisa Haldane. This picture was in 2011, five years after a serious exposure to black mold and four years after I lost my ability to work as an engineer.  My symptoms were lack of ability to concentrate, mild dyslexia, extreme exhaustion, water retention, headaches, and periodic uncontrollable coughing. Dyslexia caused me to lose confidence in my ability to do computations and was professionally embarrassing.  Ultimately I ended up having a breakdown and was hospitalized.  I didn’t understand what was wrong.  It took five years to find help.

Finally, I discovered a doctor who thought to ask the question of whether I might have been exposed to mold.  Looking back to the time when I first felt ill, we were able to trace it to a time when I was helping the family move, and when there had been black mold in the house.  I learned that about 28% of the population are more genetically susceptible to the effects of mold, and, through genetic testing learned that I was among that 28%.  I also learned that I wasn’t among the worst afflicted.  Other people with different genetic mutations had much more severe and lasting complications.

The medical professionals who understand this condition are not easy to find, but they are becoming more common.  Help for me came from the protocols developed by Dr. Richard Shoemaker.  The condition is called Chronic Inflammatory Response Syndrome (CIRS) and is not limited to mold.  People with Lyme’s disease suffer from similar symptoms, he works with them as well.  He’s written an excellent book called “Surviving Mold” which really opened my eyes.  Below is a quote from his website survivingmold.com:

“There are so many variations on the theme of human suffering initiated by exposure to water-damaged buildings and each story I’ve heard is a little bit different. As I wrote this book in the summer of 2010, I have seen and treated well over 6,000 patients since 1998 with an illness caused by exposure to the interior environment of water-damaged buildings. Each patient has a syndrome that’s readily identified by blood tests performed in standard medical labs and paid for by insurance companies. Each has a multi-system, multi-symptom illness and each can be helped with the protocols our group has published in referenced scientific journals, books and magazines.

Now that we know so much more about ‘mold illness’ than when my first book on this topic (Mold Warriors) was published in 2005, the goal of this book is not just to lead the way to the truth. Now the goal is to heal these patients of their incredible inflammatory injuries and to prevent subsequent relapse.

Surviving Mold is the beginning of what we’d all like to see: an illness defeated and lives restored, all over the world.”
Ritchie Shoemaker, M. D.

The Surviving Mold website is packed with information.  The diagnostics are scientific, and treatment protocols are tested.

The rest of the story for me: it took persistence and faithfulness to follow the treatment protocols in order to recover my capabilities.  I am no longer dyslexic, all symptoms are gone.  Excess weight gain is gone.  My life is back in balance and I can now think and work again.

When I talk to people about mold illness, they often think that it’s not currently a problem.  Maybe there was mold and it was cleaned up.  Let me just say that the effects of mold exposure on me lasted for five years and did not go away until I was treated.  Every time I am exposed (which happens a lot in my work with horses and lots of travel) I have to initiate treatment again.  I can now feel when I have been exposed.  Treatment is simple and effective.

Favorite Words from our Trainers

Working Through the Issues
Go to Top